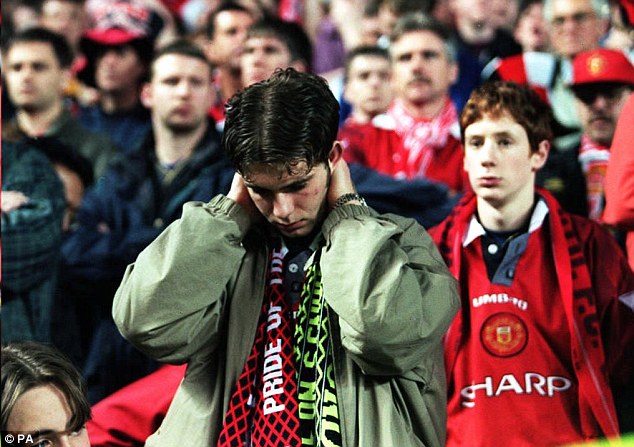 Agony for reds..might not last long

It’s two days after the derby. The feeling of disgust has subsided enough for me to jot down a few words on Man United. I can think clearly now the shit storm is over. I know the last thing y’all wanna read now is anything United related but bear with me.

An interesting feature of this season’s title race has been the handing over of the initiative by each Manchester side once on the ascendancy. At some point early in 2012, City all but looked assured of winning their first title in 40-odd years after establishing a healthy lead. As April approached, the jitters of leading the title race got the better of City to a point of implosion. United, having hauled back the bitters and established an eight point lead at the top of the table were going to defend their title. Or so it seemed.

The eight point lead United had over City in mid-April vanished as quickly as the time it took for them to establish that lead. Having dropped just two points since the turn of the year, United dropped points in three succesive games culminating in City’s return to the top of the table. For a team that had such consistency, the sudden desertion of United’s famed resolve was unimaginable. It seemed the hot seat was too hot to handle.

And now we have City back at the top with two games to go. Only the most hopelessly optimistic reds think that the title race is not over yet. The blue confetti has been thrown all around and obituaries in red fill the sports pages. But don’t pop the champagne yet. If the take-and-give that has been happening at the top is anything to go by, the last chapter of this race might not have been written yet. And what an ending we might be in store for.

City face Newcastle away in their next game followed by QPR at home. Newcastle are still in the race for the coveted champions league places and have an impregnable record at home. Reds will no doubt remember the 3-0 drubbing we got at the Sports Direct Arena, arguably our worst performance this season. This game has the potential to be a title decider in more ways than the derby itself. So to is the QPR match. As Wigan have shown, facing a relegation bound team at this stage of the season is one of the most difficult games you can ask for.

The point of all this is that the number one spot has been a poisoned chalice up to this point with both teams losing their radars as soon as they get to the top. For now, all United fans can do is squeeze our bums, what Fergie famously alluded to but the press reported it as ‘squeakybumtime’ due to his heavy Govan accent. As it has repeatedly proven so far this season, its not over till the fat lady sings. With City being City, anything is possible. So for one last time, BELIEVE!

( I’m pleased to announce that the blog has been nominated among the ‘Best Sports Blog’ at the inaugural Bloggers Association of Kenya Awards. Kindly head to bloggers.or.ke/voting and vote ‘Panoramicdon’ as the best sports blog. Voting closes tomorrow with the awards ceremony slated for Saturday. Your continued support is greatly appreciated. Ta)